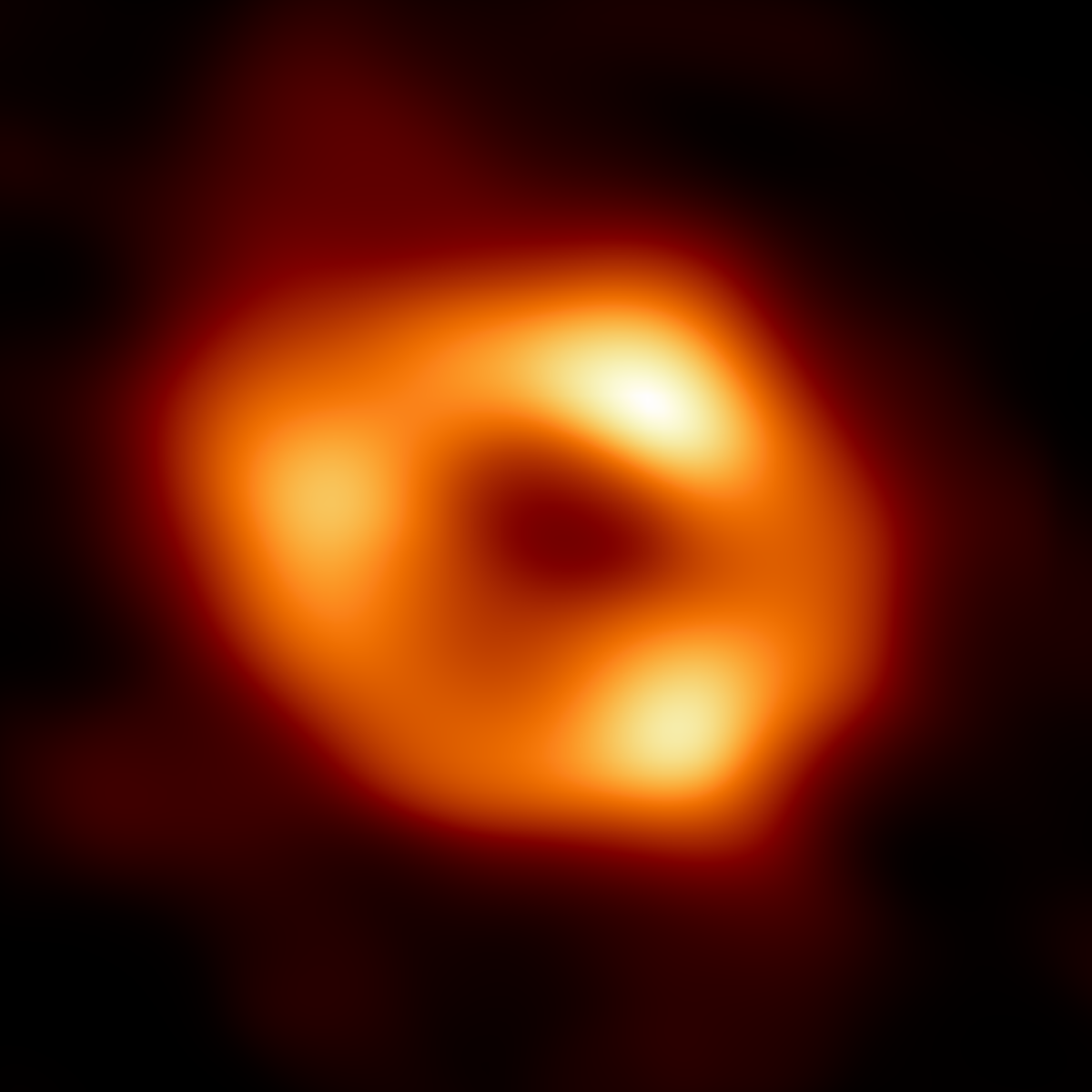 Astronomers have unveiled the first image of the supermassive black hole at the centre of our own Milky Way galaxy. This result provides overwhelming evidence that the object is indeed a black hole and yields valuable clues about the workings of such giants, which are thought to reside at the centre of most galaxies. The image was produced by a global research team called the Event Horizon Telescope (EHT) Collaboration, using observations from a worldwide network of radio telescopes. (Press Release)